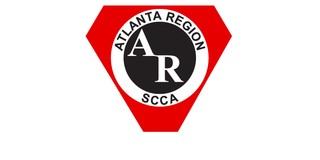 Over the years, Michelin Raceway Road Atlanta and SCCA’s Atlanta Region have each played an important role is the success of the other. Back in 1970, it was Atlanta Region that hosted the venue’s first race -- a Can-Am event featuring drivers such as Vic Elford, Denis Hulme and Peter Revson. And having a world-class facility in its backyard is obviously a boon for the Region.

Atlanta Region has been instrumental in organizing many top-notch Sports Car Club of America® events at the circuit in the 40 years that followed that first race. From 1970 to 1993, SCCA’s National Championship Runoffs® were held at Michelin Raceway Road Atlanta with essential support from Atlanta Region. The Region also backed the SCCA Formula Super Vee Championship for several years, as well as the SCCA Continental Championship. And starting in 1994, Atlanta Region has continuously hosted the American Road Race of Champions at Michelin Raceway Road Atlanta with the next running scheduled for November 6-8, 2020.

Today, Atlanta Region usually conducts at least three events on the 2.54-mile, 12-turn raceway each year. In the past, the Region has held races at Atlanta Motor Speedway and co-hosted events at Barber Motorsports Park. Beyond SCCA® sanctioned racing, the Region also supports the annual Petit Le Mans at Michelin Raceway Road Atlanta. But Atlanta Region, which received its SCCA charter in 1949, does a lot more than just wheel-to-wheel road racing.

Having just celebrated its 70th anniversary, Atlanta Region operates events that range from low-speed driver education to high-speed, on-track experiences. You don’t need to own a racecar or be mechanically inclined to get involved with Atlanta Region, you just need to be willing to have fun with cars and hang out with a great group of people. Check out the Atlanta Region website to learn more and plan on coming out to one of the Region’s upcoming events.

This is only the second year Atlanta Region plays host to a Hoosier Racing Tire SCCA Super Tour event at Michelin Raceway Road Atlanta. Those race fans who can’t make it out to the circuit this year can still follow all the action online with live Timing & Scoring, video cameras and Super Tour Radio presented by Hoosier Racing Tire at www.scca.com/live.